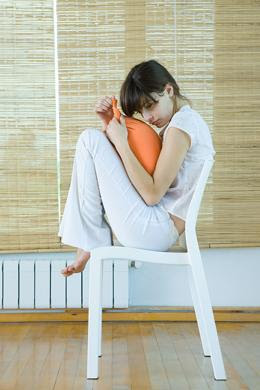 The most comprehensive search yet for spontaneous genetic mutations associated with autism spectrum disorders suggests that hundreds of regions in the genome may have a hand in causing such conditions.

Analyses reported in three papers published this week in Neuron1,2,3 dramatically expand the list of known genetic culprits. Two of the studies also shed light on a long-standing mystery: why are boys four times more likely to have autism than girls1,2? The researchers found that girls with autism tend to have many more mutated genes than boys with the disorder, suggesting that it generally takes a larger genomic change to cause autism in girls.

Autism is difficult to pin down. A wide range of symptoms, many involving difficulties in social interactions and communication, are united under the diagnoses of autism spectrum disorders. And although it is estimated that such conditions are more than 90% heritable, quests to find common mutations associated with them have not yet yielded any reproducible hits, says Stephen Scherer, a geneticist at the Hospital for Sick Children in Toronto, Canada, who was not involved in any of the studies.

"Autism is a heterogeneous disease, both clinically and genetically," he notes.

In 2007, Michael Wigler, a geneticist at Cold Spring Harbor Laboratory in New York, and his colleagues showed that spontaneous mutations — those that arise for the first time in an individual, rather than being inherited — are important in about half of all cases of autism4 (see New mutations implicated in half of autism cases). A follow-up study5 in 2010, of 996 autistic individuals, found that people with autism carry a heavy load of rare duplications or deletions in regions of the genome that contain genes.

“Perhaps the lessons to be learned are in the females.”

Now Wigler and his group, as well as a team headed up by Matthew State, a geneticist at the Yale University School of Medicine in New Haven, Connecticut, have expanded on that search, using higher-resolution techniques to trawl through the genome1,3. The researchers searched the DNA of more than 1,000 individuals with autism and their unaffected family members, looking for rare mutations that duplicate or delete segments of the genetic code. The teams focused largely on spontaneous mutations.

Their results indicate that spontaneous duplications or deletions of at least 130 sites in the genome could contribute to the risk of autism. Wigler believes that in total there are closer to 400 such sites. "It is a large number," he acknowledges, and that will make it harder to develop therapies that will benefit a large fraction of patients. "Given the number of genes that might cause autism, one shouldn't expect that one treatment is going to cure them all," says Wigler.

The region spans many genes, and for now it is unclear which might be responsible for the effects. "But there's clearly something there that's highly relevant to social behaviour," says State. "The neurobiology of that region is going to be extraordinarily interesting."

Wigler also teamed up with Dennis Vitkup, a computational biologist at Columbia University in New York City, to learn more about the neurobiology of the rare variants that his analysis had uncovered. The team analysed the relationships among spontaneously mutated genes that were likely to be involved in brain function, and found that many clustered into a large network that governs the creation and activity of connections between nerve cells2.

Vitkup's team is now trying to determine whether the network that they have discovered could be used to construct a diagnostic test for autism.

Overall, the results have dramatically lengthened the list of genes that may have a role in causing autism, says Scherer. "This gives us a lot more data that we can use to start to pin autism down," he says.

One finding that will be pursued further is that girls are somehow shielded from the effects of mutations that are linked to autism in boys. Wigler's team found that autistic girls tended to have deletions or duplications in more genes than autistic boys.

That, says Scherer, suggests that one approach to developing therapies may lie in determining what protects the female brain from autism — and then activating those pathways in boys. "If you want to think about an approach to therapeutic intervention," he says, "perhaps the lessons to be learned are in the females."

via nature.com
Posted by Cosmogenium's Convo at 1:07 PM